Arusha is one of Tanzania’s most visited cities – it’s considered the entry point to the “safari circuit” in Northern Tanzania.

It provides easy and convenient access to many of the safari destinations and National Parks that populate this region. In fact, the city itself is set against the beautiful backdrop of Mount Kilimanjaro.

Because of its popularity as a “hub” city for Tanzania’s safari destinations, there is a tendency for tourists to overlook the city itself. We think this is a shame! Arusha has a lot to offer in its own right.

In this article, we’ll give you a full breakdown of Arusha. We’ll explain the city, its history and culture, what you can expect, and some of the best things to do. Arusha is more than just a link to other destinations, and we’ll help you understand why.

Let’s start our guide by giving you an introduction to the vibrant city of Arusha.

Arusha, the capital city of the Arusha Region, is situated in Northeast Tanzania. The city is situated directly below Arusha National Park (home to Mount Meru).

Arusha’s location is perhaps most notable to tourists as a gateway city to Tanzania’s “safari circuit.” It’s the base camp for guided tours and safari trips that make the country a popular destination. 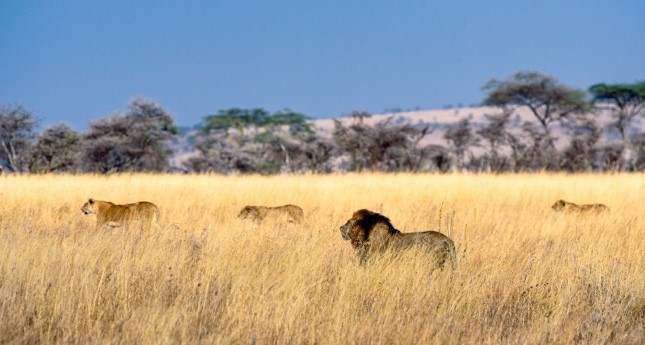 Arusha’s main urban centre has a population of just over 400,000, with an additional 320,000 populating the Arusha Rural District.

The city of Arusha is vibrant and lively, and is comprised of many notable districts and areas of interest.

Arusha is full of markets, cafés, bars, restaurants, museums, cultural heritage sites, and much more! There is a lot for tourists to see and do. We’ll dive into some of our favorite options in the next section.

Arusha was first settled in the 1830s and has undergone many regime changes since then. It was conquered by the Germans in the 1890s, and retaken by the British during WWI. Growth remained relatively stagnant until after WWII.

Today, Arusha is a multicultural city with people from many backgrounds. The majority of the population is Tanzanian, with a small minority population of Europeans, Americans, and more. The vibrant, bustling city has many distinct districts to explore.

Arusha is also considered an international diplomatic hub. It is home to the East African Community, and is set to be the capital city of the proposed East African federation. Arusha is home to many industries and business sectors, including banking, manufacturing, and tourism.

Planning your trip to Arusha starts with one important step – getting there!

Arusha has one major international airport – the Kilimanjaro International Airport. Located roughly 60km from the city centre, it provides many convenient transportation options into the city itself. There is also the Arusha Airport located on the outskirts of the city that provides regional/domestic flights.

Once you’re in Arusha, public transit is abundant. The dala-dala is a type of minibus that zips around all over the city.

Pay a fare and hop on. There are also many taxi cabs, but you’ll need to settle on a fare before getting in, as cab drivers like to charge tourists exorbitant rates.

And of course, there are many transportation options that are offered to Arusha’s various surrounding safari destinations. Tourists will be surrounded by offers to visit the National Parks and see the sights.

We recommend you plan safari trips before you go. This way, you can read reviews, compare offers, and be sure that you are paying a fair price to a reputable guide.

Is Arusha Safe for Tourists?

When it comes to any foreign city, tourists are often quite concerned about safety. This is a valid concern, and different cities around the world vary in this regard.

Overall Arusha is safe for tourists, as long as you exercise proper precautions and know what to look out for and which areas to avoid.

Pickpocketing is definitely an issue, secure your belongings carefully, and exercise caution in crowded areas. Also, keep to well-lit public spaces with people as much as is reasonably possible, especially at night.

Best Things To Do In Arusha

Now that we’ve given you an outline of the city, let’s get to the fun stuff. Here are our top recommendations for things to see and do around Arusha. This includes just some of our favourite spots, and sometimes the best thing to do in a new city is to simply explore!

Here are our top picks for tourist destinations in Arusha:

Arusha is jam-packed with local markets where various vendors and artisans set up to sell their goods. Most markets have a theme (food, crafts, textiles, etc.) These markets are a great way to get a feel for the local culture.

Among the largest markets are the Central Market (“Big Market”) in the centre of the city, the Maasai Craft Market, and the Kilombero Market.

Markets can be a lot of fun even if you don’t intend to buy anything. The vendors are very open to bartering (especially with tourists). In fact, you should be ready to barter for almost everything, or else you will probably end up paying a lot more than the locals.

The Cultural Heritage Center is located on the outskirts of Arusha. Check out their museum, craft shop, a jeweller, a restaurant, an art gallery, a collection of precious stones, and more.

The Cultural Heritage Center is a great way to get a sense of the culture and history of Tanzania. Get ready to learn a lot, and don’t forget to pick up some souvenirs at the various shops.

With such diverse population, Arusha’s food delicious scene contains many varieties of decadent dishes. You can find all sorts of delicious food throughout the city.

The restaurant scene is quite lively. Check out a list of Arusha’s top rated restaurants here. But remember that there’s more to Arusha’s cuisine than just restaurants. You can get food all over the city, including at the markets (like the Arusha Farmer’s Market) and at various vendors and stalls along the streets.

Tanzania is home to one of the world’s most popular precious gems – the Tanzanite gemstone. Check out the Tanzanite Experience Museum, which guides visitors to understand the history and culture behind this precious gem. You’ll also learn about its mining process and what makes this unique stone so sought after.

There are plenty of opportunities to purchase jewellery if you feel like dishing out the big bucks!

Arusha has a robust coffee and café scene. You’ll see vendors selling quality African coffee beans all over the city. The popularity of coffee has spilled over into an exciting café culture that continues to grow.

You can’t go far without spotting a café. Each serve up African style coffee, as well as many European and American favorites (lattes, Americano, flat white, etc.). Though it may not have been what you expected when visiting an African city, you’ll be surprised at the range of options available.

Plus, who doesn’t need coffee to get through the jet lag?

You can’t talk about Arusha without mentioning Mount Kilimanjaro. After all, the mountain is visible from almost any unobstructed viewpoint throughout the city – constantly reminding you of its formidable presence. No doubt you’ll be tempted to check it out.

And, of course, the opportunity to hike or climb Kilimanjaro is there too. It takes about five to nine days to climb (depending on the route you take) so you’ll need to book a guided tour. Routes significantly range in difficulty, so it’s definitely not something you’d want to attempt alone. 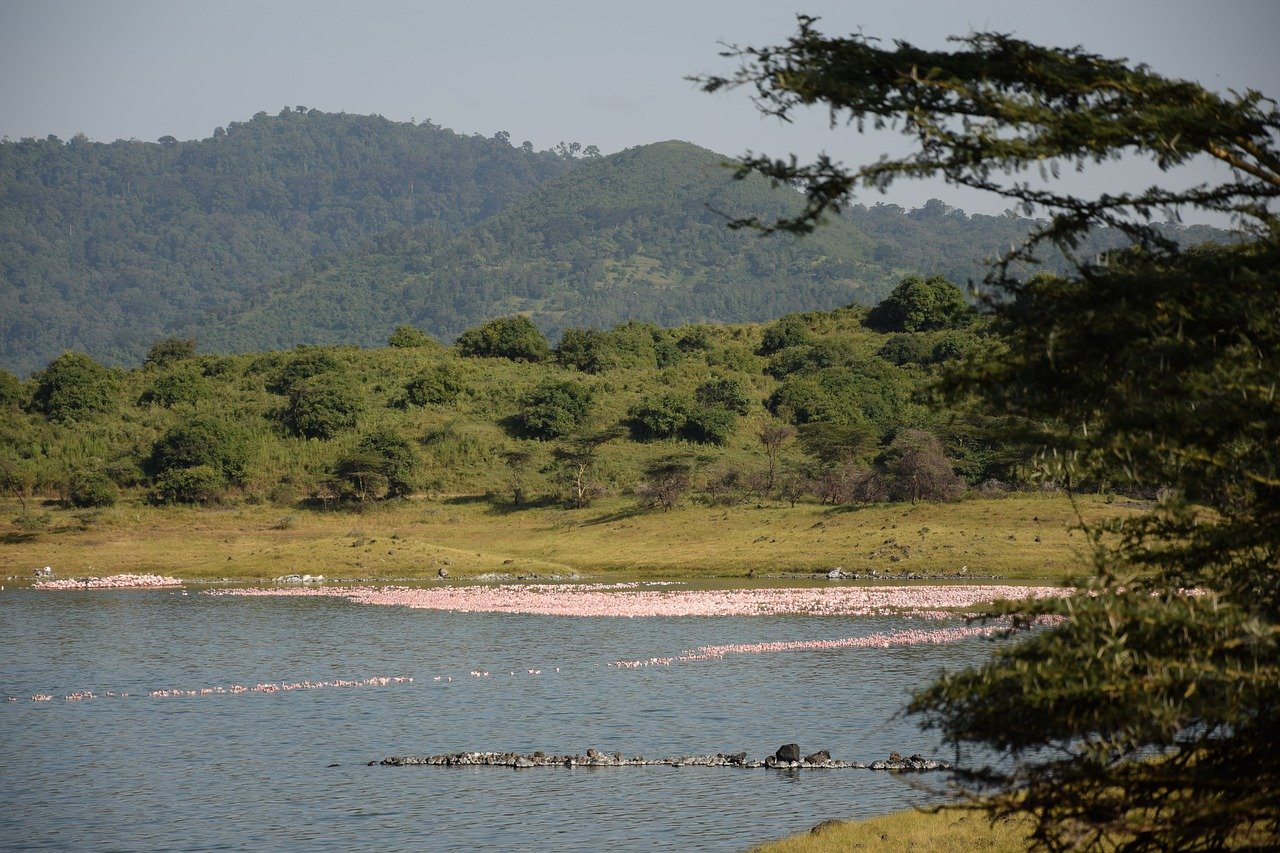 Finally, the safari culture is so embedded into Arusha’s reputation that we can’t write an article without mentioning it. After all, as a tourist, you’ll be constantly reminded of the amazing safari destinations at the city’s doorstep.

The three most popular destinations are Ngorongoro Crater, the Serengeti, and Lake Manyara, but there’s a lot more! These areas boast incredible sights, amazing vistas, and ample opportunities to view the “big five” animals (lion, rhino, buffalo, leopard, and elephant).

There are so many safari opportunities surrounding Arusha that it is best left for another article, but trust that you’ll never be short of safari adventures.

Arusha: More Than a Safari Gateway

Thanks for checking out our guide to Arusha. The city has a lot more to offer than simply being a hub for safari destinations. There are so many many sights, sounds, and local destinations to check out.

Even if you’re just spending a couple days in Arusha before heading on a safari adventure, give the city a chance and see all that there is to see!