Tanzania is considered one of the tourist hotspots of the African continent, and not just because of its world-class safari destinations. In recent decades, Tanzania’s island life has developed a great reputation, thanks in large part to the Zanzibar Archipelago.

In this article, we’re talking about the best islands in Tanzania. We’ll cover the big islands, the hidden gems, and everything in between.

Let’s get to it! Here are the best islands to visit in Tanzania. We’ll start with the most popular: 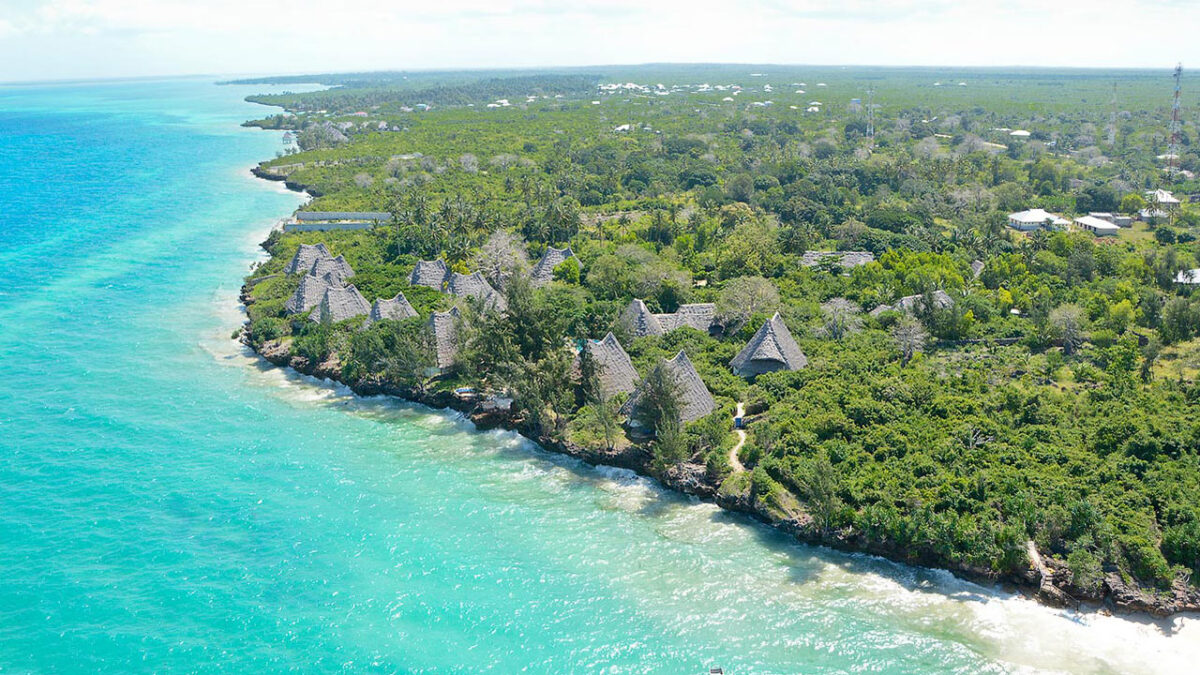 Zanzibar is by far the most popular island destination in Tanzania. Most people don’t know that Zanzibar actually refers to the “Zanzibar Archipelago,” which is a series of islands off the east coast of Tanzania. The main island in the archipelago is called Unguja Island (although it is often simply referred to as “Zanzibar”).

This island is where most of Zanzibar’s famous beaches and resorts are located, so it’s where we start our list.

There’s so much to see on the main island of Unguja. From Zanzibar City, to the hotels and resorts on the northern tip, to the sandy white beaches across the eastern coast, and much more. 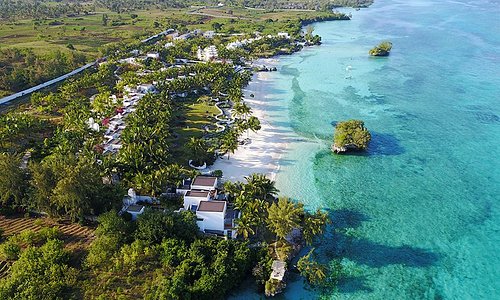 Pemba Island is the second largest island in the Zanzibar Archipelago. Though not as touristy as the main island of Zanzibar, the area is increasing in popularity and has many stunning locations.

Pemba is full of dense forests and sandy beaches. It’s a popular scuba diving location where you’ll find many tours and lodgings dedicated to divers.

Though not quite as densely populated with resorts and hotels as Unguja, but there are quite a few places to stay. It’s not as crowded as the main island. If you’re looking for a much quieter, more secluded beach vacation, then Pemba is what you’re looking for. 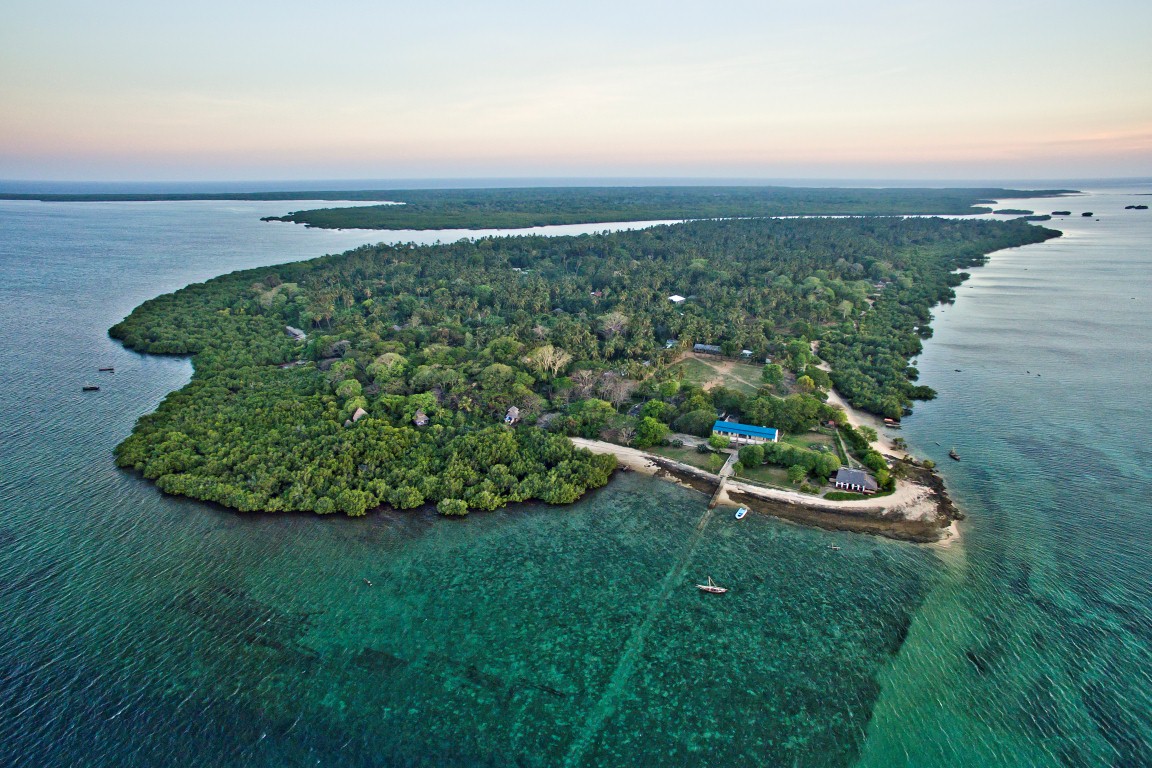 Mafia Island is a large island off the coast of Tanzania, located to the south of Dar Es Salaam. Mafia Island is a stunning location, but is often overshadowed by the Zanzibar Archipelago to the north.

The island continues to grow in popularity as a tourist destination, especially with diving and snorkeling enthusiasts who come to explore its coral reefs and underwater life. The village of Utende on the southeastern side has many places to stay, places to eat, and a stunning beachfront.

Mafia makes for a much quieter beach vacation than what you might find at one of Zanzibar’s bustling resorts.

Mnemba Island is the peak of luxury when it comes to Tanzania’s island life. Mnemba Island is a private resort island, located about 3km off the northern coast of Zanzibar’s main island.

Home to a luxurious resort called “andBeyond, this island is for those with expensive taste or a higher budget. As it is a private island, visitors are not permitted. This means that resort guests get full access to the island’s sandy white beaches, warm waters, dense forestation, and corals reefs.

Mnemba Island is a great place to visit, but it comes with a hefty price tag and limited availability.

Bongoyo Island and Mbudya Island are situated just off the coast of Dar Es Salaam. Both islands are preserved areas that are uninhabited by humans.

The islands do allow visitors, and there are many tour operators who run boat tours to the islands throughout the day. Roughly 3km off the shore of Dar Es Salaam, either island makes for a wonderful escape to spend a quiet afternoon in the sun.

The islands are uninhabited, so you get to enjoy quiet untouched nature. This includes sandy white beaches, dense forests, coral reefs and an abundance of marine life.

Of the two, Mbudya is slightly less popular, but both offer great places to escape for a day. Unfortunately, the islands do not allow overnight visitors.

They’re a great contrast to the hectic city-life of Dar Es Salaam and offer a nice slice of “island life” in an urban area. 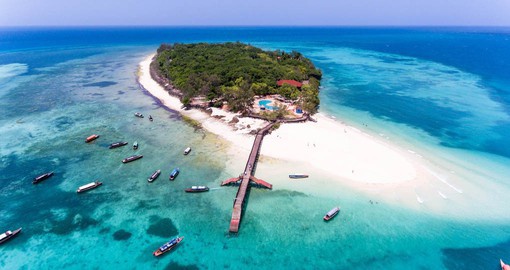 Curious to learn about the history of Zanzibar’s dark past? Prison Island (officially named Changuu Island) is a small island situated roughly 6km off the coast of Stone Town, the island gets its name because it was once used as a prison during the slave-trade in Zanzibar.

Aside from the island’s somber history, its appearance is much the same as other islands in the Zanzibar Archipelago, with dense forest, sandy beaches, and clear blue waters. 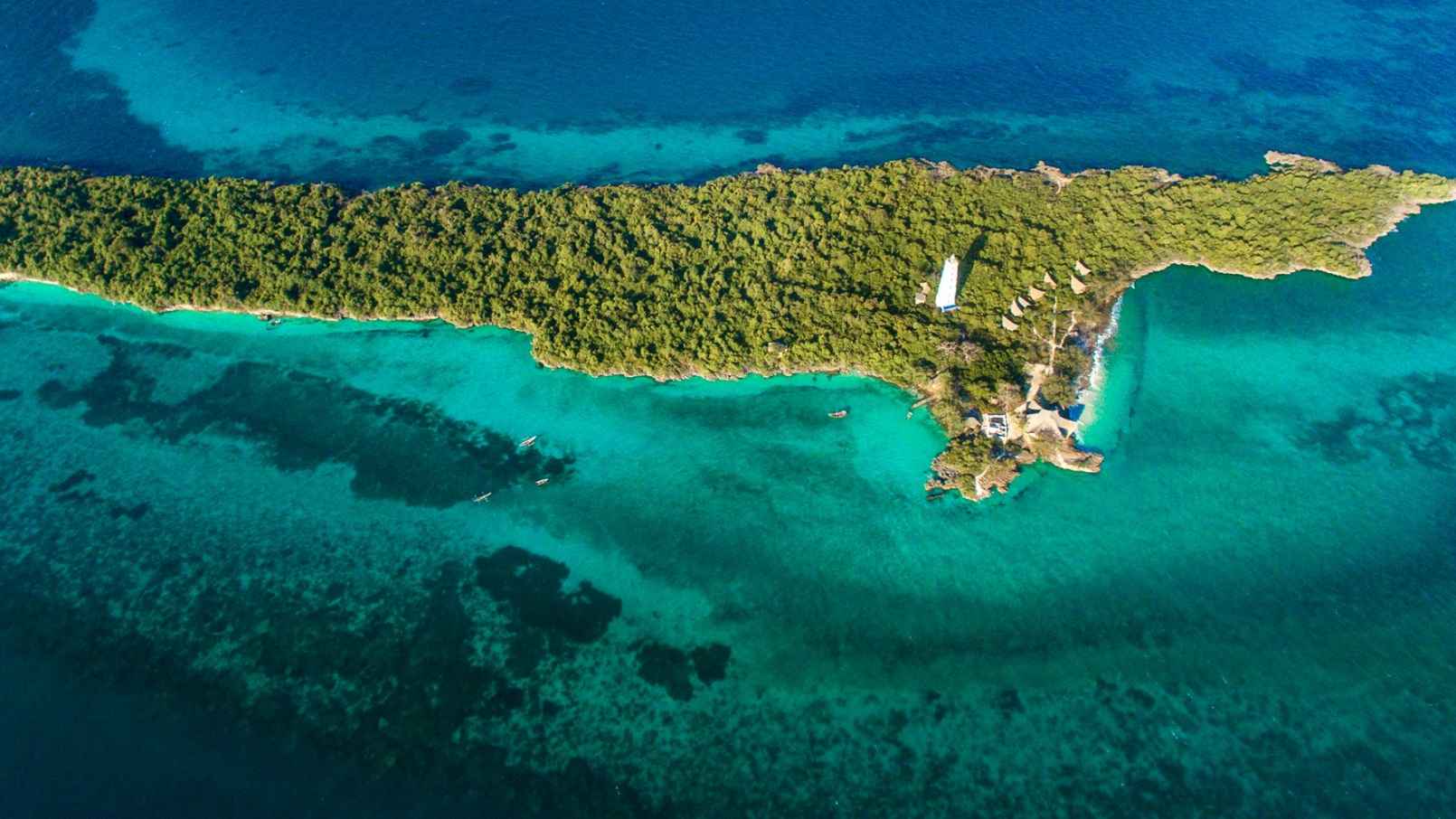 Chumbe Island is a small island off the west coast of Zanzibar. Chumbe is an uninhabited island, although people can visit the island on day-trips (or overnight stays at the Chumbe Lodge). The island is famous for its coral sanctuary, which features fascinating and diverse marine life.

The island has plenty of wildlife, including various birds, tortoises, and crabs. It makes for an ideal day-trip or overnight stay. 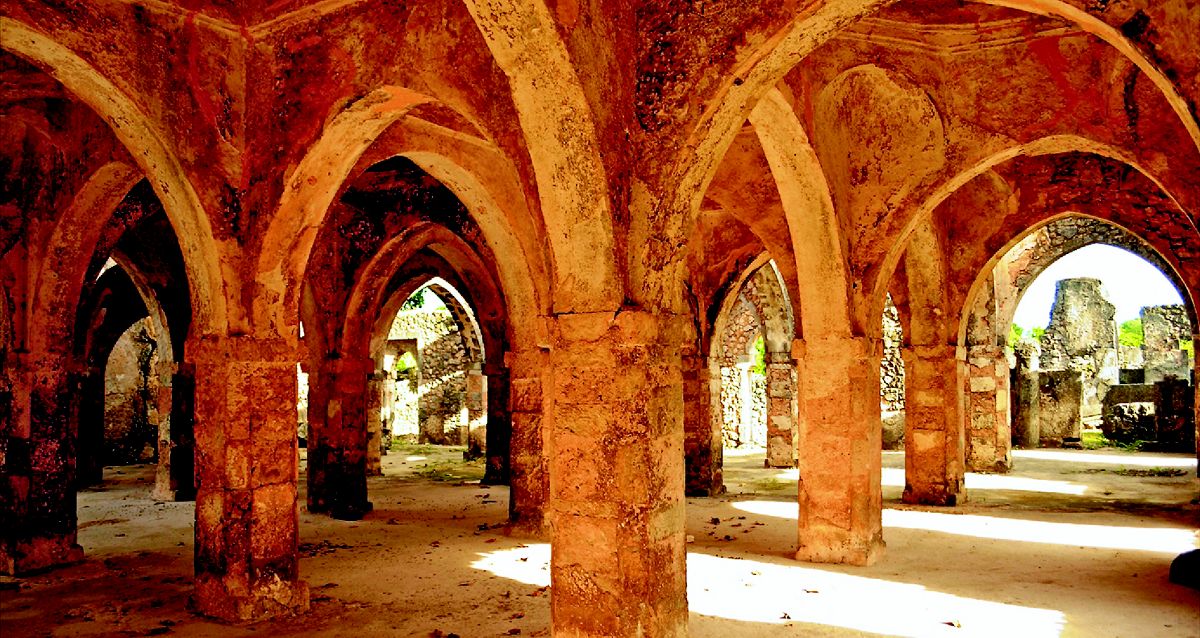 Kilwa Kisiwani island is located off the shore of southern Tanzania. It contains the ruins of an archaeological city state who once had powerful influence over historic Tanzania. It was the center of the Kilwa Sultanate. Archaeologists believe that the area was inhabited from the 8th century, and its power was at its greatest from the 13th to 15th centuries. At its height, it was one of the most powerful settlements on the Swahili Coast, and the center of a large amount of trade activity in the region.

If you’re a history buff, and interested in learning more of the history of Tanzania, then you’ll want to check out Kilwa Kisiwani.

The area is pretty far removed from most of the major tourist destinations in Tanzania, which are located toward the Northern side of the country. As a result, this island doesn’t see much tourist action compared to the major hotspots.

Tanzania’s islands have a lot to offer, from serene beaches, to lush forests, to diverse marine life, to historical significance. They truly have something for every traveller. It’s just a matter of choosing the ideal island destination for your Tanzanian getaway.