Similar to many poor nations around the world, the United Republic of Tanzania, a country in East Africa that’s home to Mt. Kilimanjaro and many a zebra, suffers from a severe water crisis.

Access to clean water is one of the most critical factors in a country’s development, and there are about 4 million people living in Tanzania whom are in need of this precious resource. 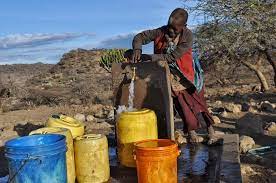 In Dodoma, the capital city of Tanzania, the current demand for water is at 45 million liters a day, but the production output is only at 20 million.

A major issue within this city is the fact that roughly 200 kilometers of the pipes are made of cast iron that has unfortunately fallen martyr to rot and leaks due to the acidic clay soil.

On the bright side, there is a recently approved 20 million dollar program that will help rebuild this infrastructure and supply water to more of the Dodoma population.

It’s not an easy task for the rural communities that live outside of the three major lakes that border Tanzania to gather clean, potable water.

Due to the arid to semi arid climate in one third of the country, Tanzania overall doesn’t receive much rainfall. The water shortage has also had an especially significant impact on women in rural villages, and in urban areas where there are a lack of sanitation services. 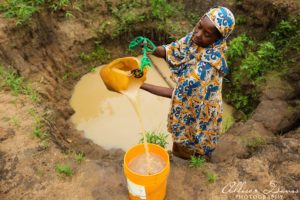 In order to fully enjoy the right to water – it’s quality, accessibility, and availability are important.

Particularly women face an increase in diseases, negative psychological and sociological effects, and struggle with the basic bodily need of defecation on a daily basis.

Lack of access to sanitation is actually an infringement on basic human rights, per the resolution passed by the United Nations in 2010.

One of the serious issues this water crisis brings is that of open defecation, or pooping outside in a ditch, a hole, or in an open pasture without a toilet or proper hand washing facilities and its sanitation repercussions.

In living situations where there is no available toilet inside of the house to use, women and men alike are sometimes required to walk long distances to reach an area where they can relieve themselves. This can prove to be more dangerous to women than men, as they are at risk to be violated when they are alone.

This ties into the right to life, as its tricky to have a right to life when one’s access to clean water is restricted. It’s almost impossible to survive without water, unless you’re a breatharian or something like that.

Tanzania Population and the Water Crisis 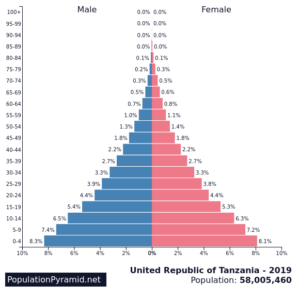 The population growth of Tanzania is at about 3% per year. To give you an idea – the current population sits at about 59 million, and is projected to reach 282 million by the end of the 2020’s.

There is a water crisis and poor sanitation throughout this entire African country. Since the population is ever-increasing and climate change is upon us, it’s more important than ever to spread awareness about this.

Malaria and cholera are culpable for over half of the diseases in Tanzania. Improved sanitation could easily reduce this occurrence. About a million people die each year from water, sanitation, and hygiene related diseases, with mortality rates being high in children.

Ground water is the main source of drinking water supply in Tanzania, which is oftentimes and unfortunately located nearby toxic drainage systems. So, Tanzania residents are sometimes forced to use contaminated water as drinking water because that’s the only option.

A Household Budget Survey in Tanzania conducted by the Tanzanian government estimates that over half of the households in the country are unable to access water.

Things to Consider for Tanzania Travel If you’re planning a trip to Tanzania today, it’s a good idea to have your drinking water plan in place before you go trekking through the scorching Serengeti.

With the minimal options for clean water sources, you may want to consider picking up one of these water dispensers for your home or office before you leave.

The reality is that many Tanzanians must travel long distances to reach any water. If you don’t wish to spend half of your travel time on the hunt for water – it’d be ideal to plan ahead.

You won’t find many families in this country that don’t need to travel for at least 15 minutes to find water. For example, a poll was conducted in 2010 that proved over 70% of rural households were more than 15 minutes away from the nearest main water source.

Tanzania and many poor nations today still suffer from water shortages and lack sanitary water in urban and rural areas both.

Clean water solutions do exist, and it’s up to the people that are willing and who are in positions of power to help solve this seemingly never-ending global problem.