For such a small island nation, Zanzibar has quite an interesting history when it comes to food. The island has developed a very unique identity and its cuisine is no exception.

With so many culinary influences from around the world, you can find all sorts of delicious and unique dishes across Zanzibar. In this article, we’ll examine the history of Zanzibar’s cuisine, and then run down some of our favorite dishes to try.

Zanzibar Cuisine – The Result of History and a Mixing of Cultures

Let’s take a journey through the past to see how Zanzibar’s inhabitants have shaped the island’s unique cuisine.

Perhaps the core of Zanzibar’s cuisine comes from its Swahili heritage, which is largely derived from the island’s first inhabitants – the Bantu.

Bantus fished as a large part of their culture, and fresh seafood remains a major part of the Zanibari cuisine. Expect fresh tuna, mackerel, octopus, and much more.

In the ninth century, Zanzibar was occupied by Arabians and Persians, and there is still heavy Middle Eastern influence on Zanzibar’s cuisine.

They brought fresh fruit, citrus, and rice, all of which became a staple of a Zanzibari diet. Let’s not forget the spices!

They also brought with them spices and found a perfect place to grow them in Zanzibar. Spices remain a major part of the Zanzibari economy, so much that the archipelago is often referred to as “The Spice Islands”.

The Portuguese conquered Zanzibar in the 15th century, and this influence is still seen in modern Zanzibar cuisine. You’ll find a wide range of Portuguese-style dishes across the islands.

Things changed again in the 17th century, when the Omani Empire conquered the area. They brought a cuisine that is most similar to Indian food. It included many curry dishes, masalas, chutneys, and more.

Zanzibar then became a British protectorate in 1890. However, they didn’t have much of a lasting impact on cuisine. Zanzibari cuisine remained relatively unchanged before and after the British took power. Zanzibar gained their independence from the British in 1963.

As you can see, that’s a lot of history for one island nation. Every nation’s cuisine is shaped by its history, however complicated it may be.

Zanzibar now hosts a diverse and fantastic culinary scene that will impress any foodie. There are so many dishes to choose from, and we’re about to dive into some of our favorites.

What to Eat in Zanzibar

Let’s get into some of our favorite Zanzibari cuisine. As you might imagine based on the section above, this is very much a non-exhaustive list. There is so much more than this to offer, and the best way to discover your favorites is by trying them yourself. 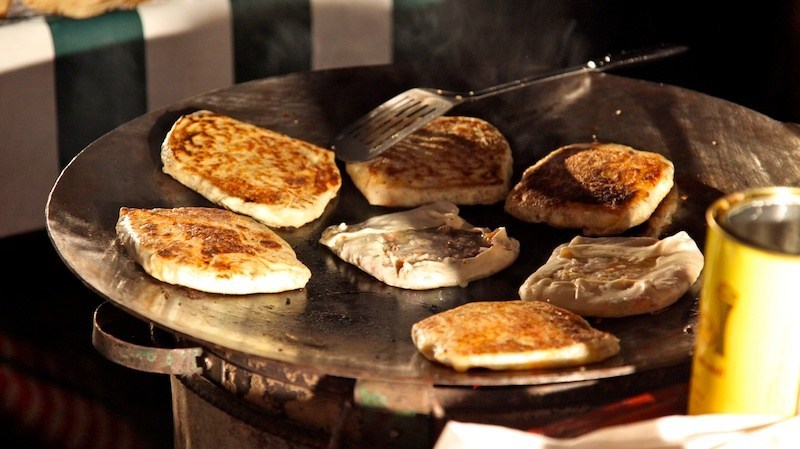 We’ll start out with one of Zanzibar’s most unique culinary creations – the Zanzibar pizza. It is not a pizza in the traditional sense, and might be one of the most out there creations we’ve seen.

A Zanzibar pizza starts with a thin dough, which is piled with unique ingredients. Ingredients often include ground beef, diced onion, tomato, Laughing Cow cheese triangles, mayonnaise, salt, pepper, and pickling spice. Then they crack an egg on it for good measure. It’s folded and fried, and ready to eat.

A choice that is both wonderful and weird, it’s a must-try while in Zanzibar. You might love it, you might hate it, but you’ll be happy you tried it. 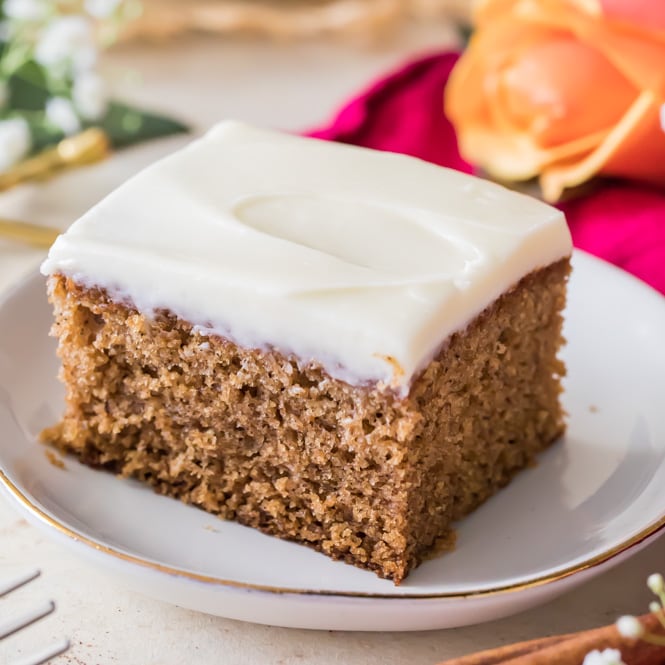 Spice cake is a delicious dessert option that makes liberal use of Zanzibar’s fantastic spices. It resembles more of a loaf than a cake and isn’t overly sweet.

Recipes will vary, but it typically includes cinnamon, cloves, chocolate, and nutmeg as its primary flavors. A super delicious dessert option if you want to truly experience the Spice Islands. 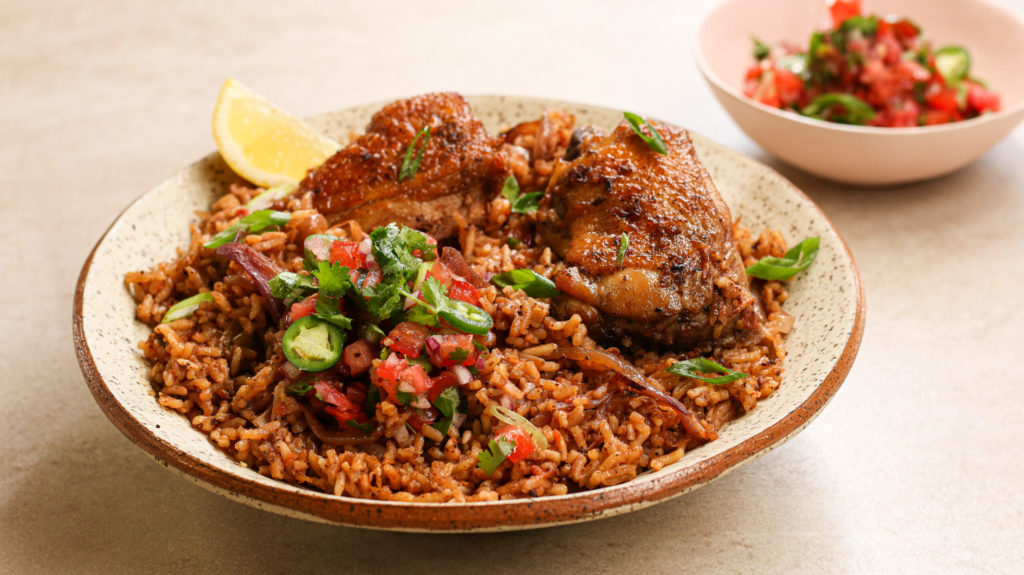 Pilau is a staple dish of Zanzibar, and shows the heavy influence of Indian cuisine. Pilau consists of meat cooked with a wide array of Zanzibari spices, along with potatoes, onions, and coconut milk. It is served with rice which is cooked in the same pot as the meat to soak in the flavor. 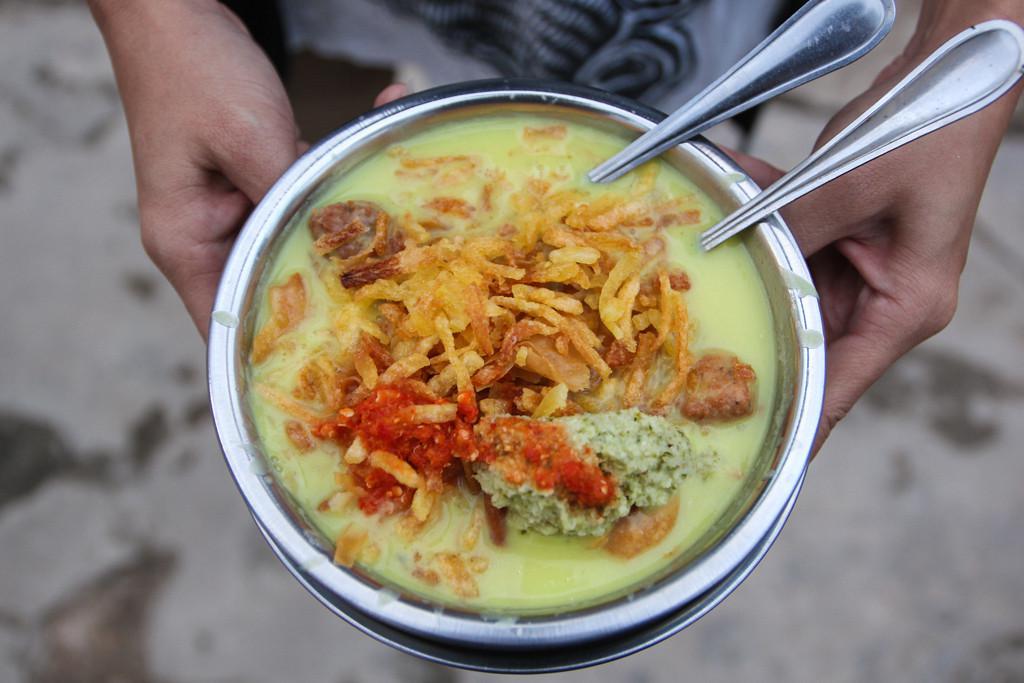 Typically, it’s a tangy soup full of bhajias (a crispy, fried snack), fried potatoes and topped with coconut chutney. It has a tangy, savory taste that we think is quite delicious! 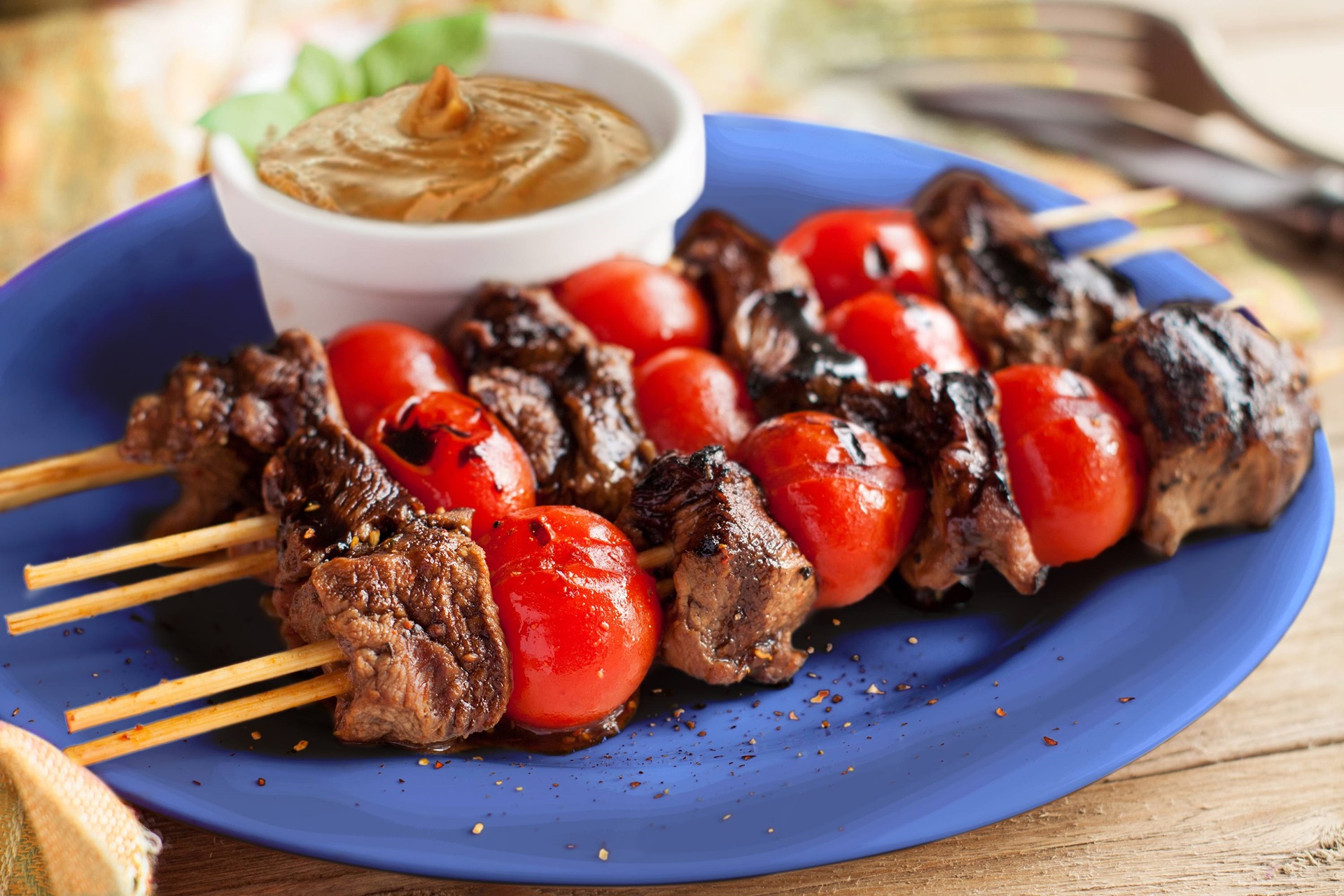 Mishkakis are sold all over Zanzibar, often through street vendors. Mishkakis are grilled meat skewers which have been spiced and marinated to perfection. You can buy them straight off the grill and they’re a great snack while exploring Zanzibar’s towns and cities. 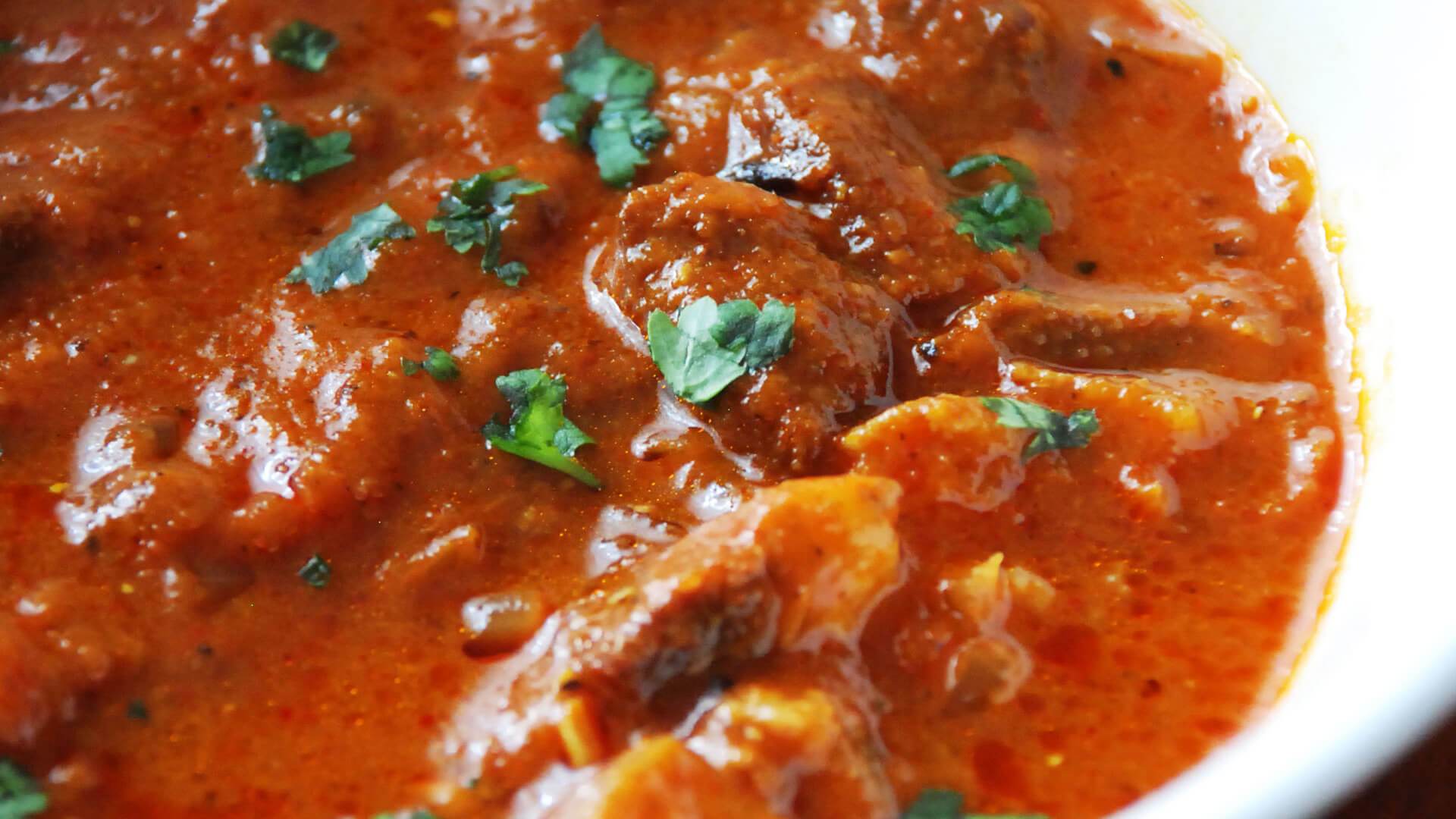 Sorpotel is a dish which mixes Zanzibar’s Portuguese and Indian heritage. Sorpotel consists of boiled meats (often pork, lamb, or chicken) which is spiced and then cooked in a spicy/vinegary sauce. It’s quite tasty, and a very hearty dish after a long day. Served in restaurants all around Zanzibar.

Sure, it’s technically not a food, but we had to include it. Zanzibar, and Tanzania as a whole, has a surprisingly extensive café culture. You’ll find everything from African blends to European and American favorites. 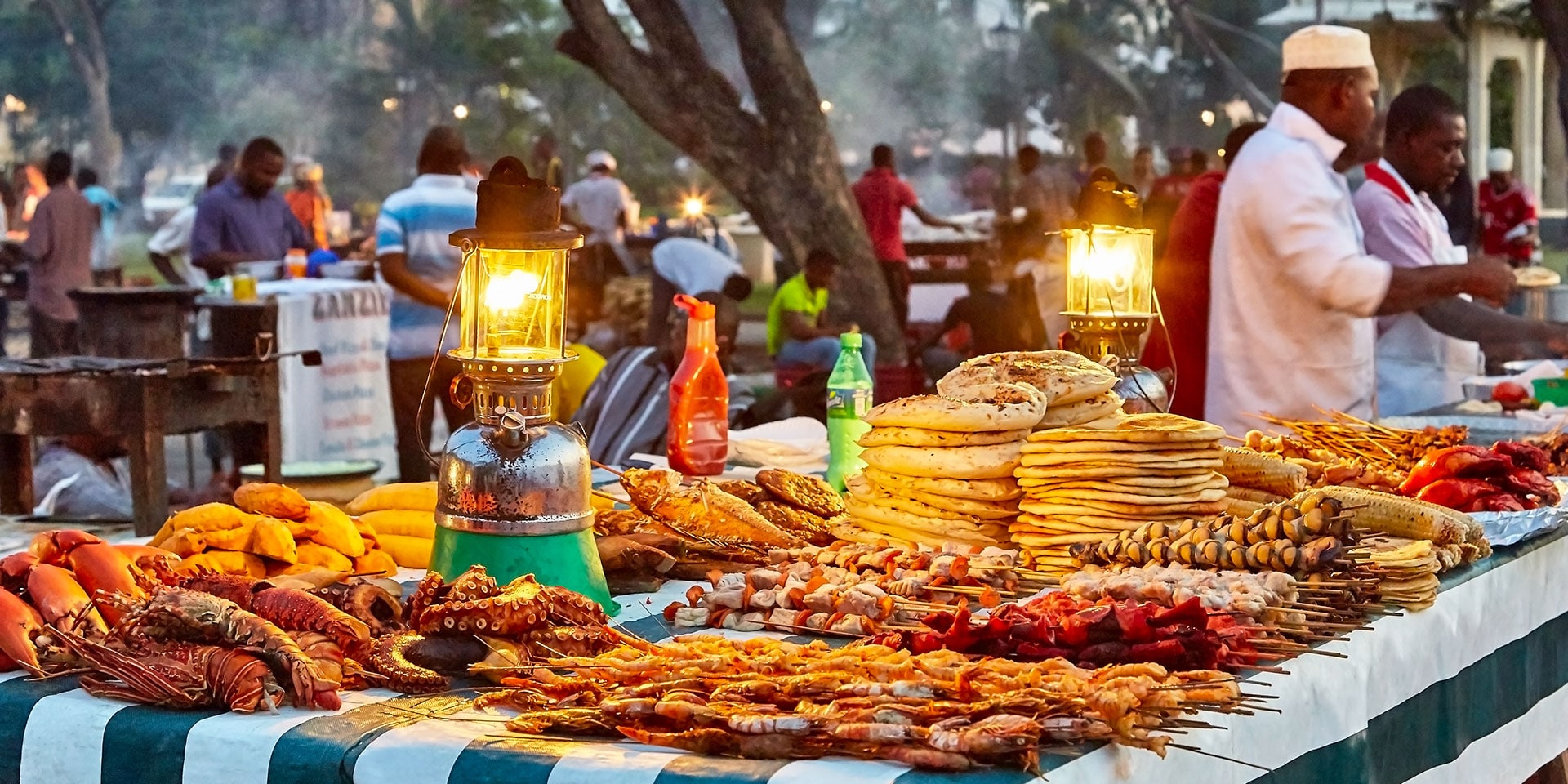 Zanzibar – For Any Foodie

For more on Zanzibar, check out our guide to the best beaches and resorts.