The Zanzibar leopard is a creature that has developed quite a legendary reputation. The history of this creature is strongly intertwined with the history of Zanzibar Island. Though it is widely thought to be extinct, there are many who believe the creature still inhabits Zanzibar.

In this article, we’ll tell you everything you need to know about the Zanzibar Leopard. We’ll cover the facts, the myths, and the legends.

What is the Zanzibar Leopard?

The Zanzibar Leopard is a leopard subspecies native to the Unguja Island in the Zanzibar Archipelago. Unguja island is the main island in the archipelago, and often simply referred to as Zanzibar. 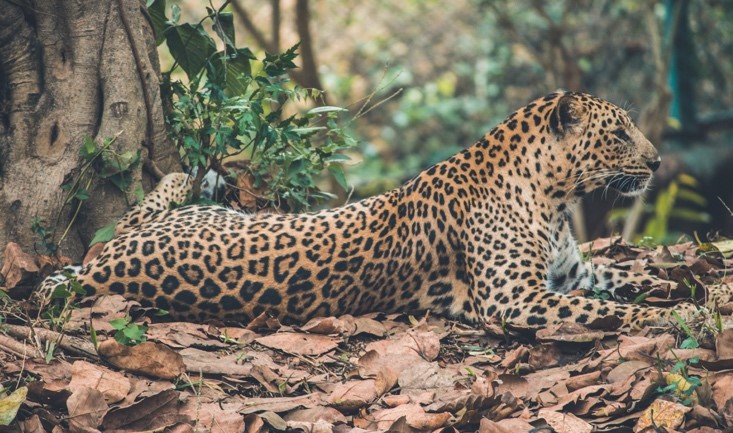 Perhaps what is most notable about the Zanzibar Leopard is how little is actually known about the creature. The leopard was aggressively hunted during the 20th century, as it was considered a menace by the locals, many of whom also feared it. For this reason, there was never a consistent chance to study the Zanzibar leopard.

The last living leopard was spotted in the 1980s (although there are conflicting reports on this account, as we’ll explain below).

The leopard was considered Zanzibar’s largest carnivore, and also the apex predator. In 1996, the Zanzibar leopard species was subsumed to the African Leopard based on genetic analysis of samples.

Why Was the Zanzibar Leopard Hunted?

So little is known about the Zanzibar leopard because it was hunted aggressively by Zanzibar locals. It it is now presumed extinct by most wildlife groups.

Much of this hunting was fueled by a belief among Zanzibaris that leopards were kept and bred by witches, who sent the leopards to local villages to cause harm.

In fact, these beliefs became widespread propaganda campaigns throughout Zanzibar, particularly in the 1960s. This led to mass fear of Zanzibar Leopards and also led many Zanzibaris to hunt the species to the brink of extinction.

This was happening as humans were populating Zanzibar and encroaching on the leopard’s habitat, which led to more leopard sightings and more hunting.

During the 1990s, widespread conservation efforts took hold to save the leopard species but were largely unsuccessful. It was most likely too late to save the species.

Is the Zanzibar Leopard Extinct?

By most accounts, due to the aggressive hunting by locals, the Zanzibar leopard has been extinct since the mid-1990s.

However, this stands in contrast to plenty of anecdotal evidence by Zanzibar locals, who claim frequent sightings of the Zanzibar Leopard to this day. Additionally, statistics from the government of Zanzibar also claim that the leopards existed during the 1990s.

The Zanzibar Leopard’s extinction was called into question during a 2018 show called “Extinct or Alive” on the Animal Planet network. The show is hosted by Forrest Galante, who works in the field of wildlife biology.

Forrest and his team claim to have captured video evidence of the Zanzibar Leopard. After two weeks of setting up cameras on the island of Zanzibar, a leopard walked into frame on one of the cameras. Forrest and his team view this as evidence that the leopard is not extinct.

Unlike many claims of leopard sightings on Zanzibar, Forrest actually has the video evidence to back it up. Take a look at the video and decide for yourself.

Thanks for reading our guide to the Zanzibar Leopard. As you can see from the article, there are a lot of question marks surrounding this notorious animal species. The mystery of its existence is prominent in Zanzibar culture.

Perhaps the myth of this leopard is part of its appeal. Hopefully, we may soon have some concrete answers about the Zanzibar Leopard. Either way, the leopard will always hold a special part in the history of Zanzibar island.

Before we wrap up this article, let’s check out some frequently asked questions about this topic:

Are there leopards in Tanzania?

Unlike on Zanzibar, there is no question of whether leopards exist in Tanzania. In fact, the big cats make home all over the country! They are one of Tanzania’s “Big 5” game animals, and you can see them yourself at many of Tanzania’s safari destinations.

Zanzibar is an island archipelago off the eastern coast of Tanzania. Zanzibar is a part of Tanzania, although it is a semi-autonomous region with its own governing body. The main island in the archipelago is Unguja, which is often referred to simply as “Zanzibar island”.